first – WOW – I’m so overwhelmed by the attention #cyclonehat received in such a short time!! Thank you so much on all the lovely, geeky, beautiful comments. Over on ravelry it was one of the “hot right now” patterns within 24hours (it got over 1.200 likes in 48 hours). I really have no words. I feel a bit of pressure – but that’s okay, life is fun!

Thank you so much!!

Now let me fill you in on the details on my Cyclone. 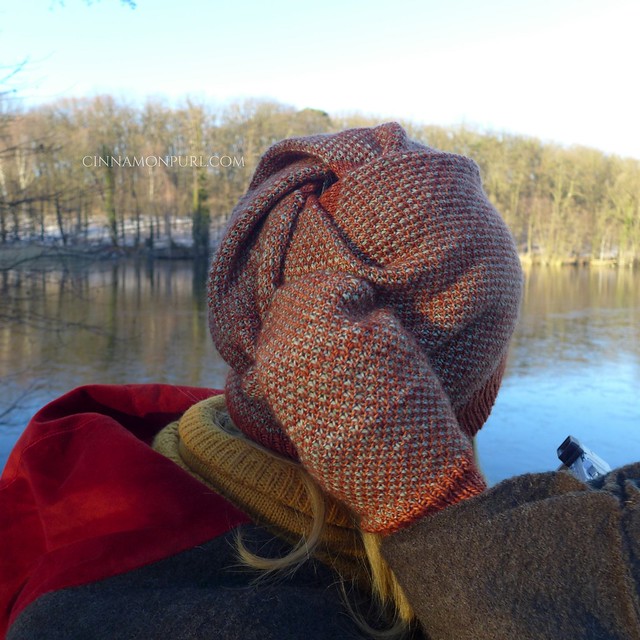 Yarn: Malabrigo Yarn Mechita in dried orange & madelinetosh Prairie in thyme (Prairie was held double in order to get the same thickness as with the mechita)

To make broken seed stitch in the round you go like:

I was pleasantly surprised by this stitch. I’ve only heard of this a few days before and found it looked cool. Then when trying and realising what an amazing effect of depths you can achieve even though it’s so simple was stunning.

Stitch patterns ditched (but clearly for my own future reference): my first idea for the second side of the hat (before going with the seed stitch) was a honeycomb brioche in the round. It took quite a while to find directions for this – in the round – and I did love the texture it gives. But I also needed to learn that the gauge is about a third wider than stockinette is. It’s eating crazy amounts of yarn too. But this is only to be remembered when I will try this again. I tried it couple of times, reducing the stitch count and all but I couldn’t make it fit so I went with something else instead. Something turning out to be perfect for this hat.

But, as said for future reference, as it was hard to find directions, here the stitch pattern for in the round honeycomb brioche:

the abbreviations are my own, I have no idea how the correct terms are, I only could find video tutorials

Repeat round 1-4 until you’re done.

Yardage: hard to tell, as I’ve made two pairs of gloves in parallel. But I’d say I’ve used about a whole skein of the malabrigo (100gr, 420yards) – with the madelinetosh, I really have no idea, there is just sooo much yarn in a skein of prairie, maybe 1/4? could be 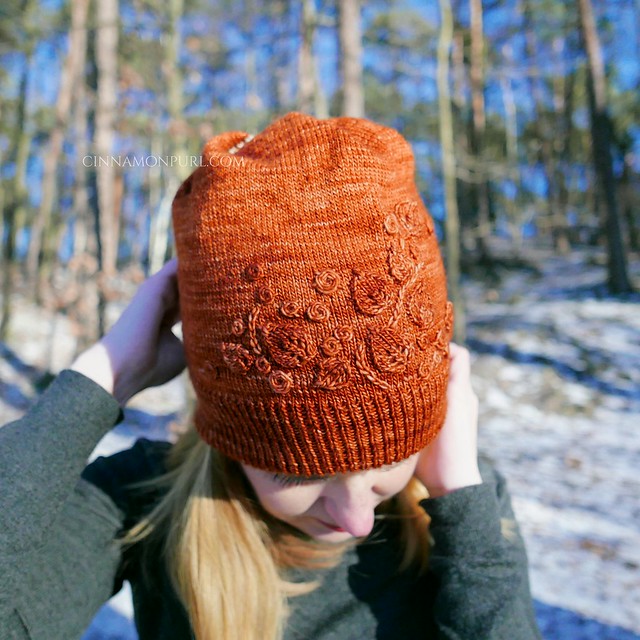 I made matching mittens and added some leaves to them – it was only natural that the stockinette side would have these leaves too. After I’ve sewn the leaves down I basically just filled in the gaps with some simple embroidery stitches. I used the “rose” and the chain stitch (pinterest links). I really didn’t have a plan what or where I’ll be adding these, only judged on whether I liked the gap or not, if and how to fill it in, it was really a bit of painting, can’t find another word for this. Love the result though! 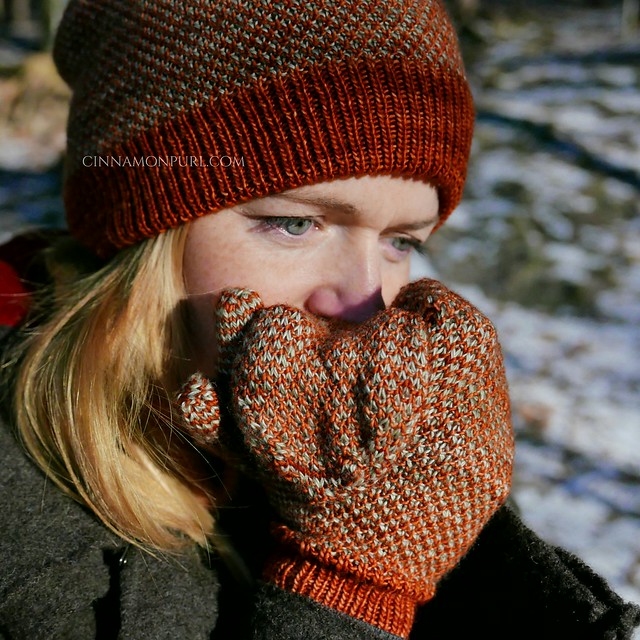 as you can see, you can see the other side peaking through on the top, which I really like, a bit like a pompom, only flat. If you don’t want that (and remember Cyclone is a tube) just “re-shift” the whole hat a little, so that the brim is a bit wider on the outside, this way the outside of your hat in whole will also be torn into the top/inside and therefore won’t show.

Does this make sense to anyone? I sure hope so 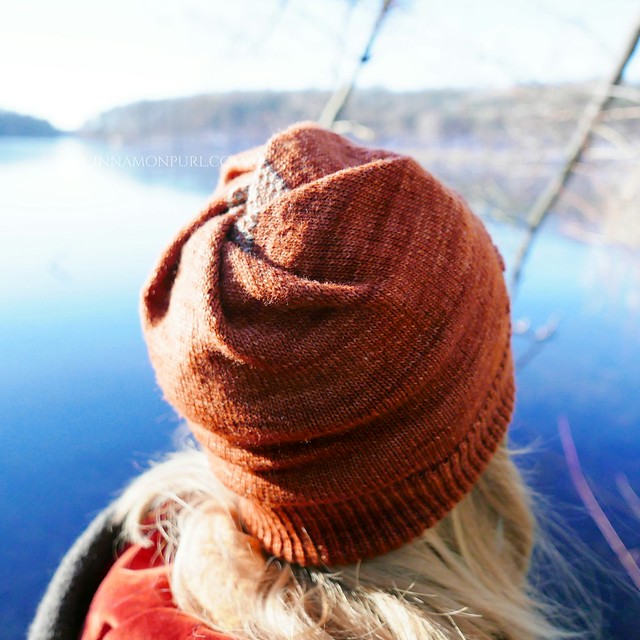 Overall I love this hat and I plan to make a next one, one that’s a bit thinner, for those days in early spring.