FO – herringbone #1 the green one

it’s spring and everything’s getting green and fresh and all that jazz, I love it!!

And I love wearing my first herringbone cowl. To be honest it’s the first cowl I ever made, and I was sceptical about the cowl in itself, like how it will wear and if it won’t be too big or too small. But no, this one is a clear yes! When I saw the pic on malabrigos insta-feed I feel in love (also the name of the colorway was my name so it felt like fate to make it) – but I think you know this already, I blogged a bit about it 🙂 here for example, which you should click if you like progress pics and want to drool a little. 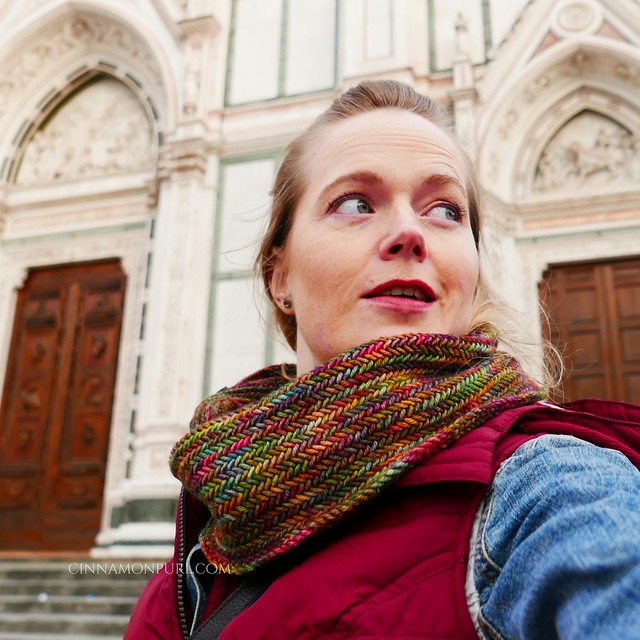 Overall this one is a little too warm already (for end of March), hence I started making a second one from stash yarn that will be a little thinner, and that one will be the brown one 🙂

The malabrigo Diana looks very tempting in the pictures, all this specs of blue and yellow and red. At first I was a bit disappointed that my skeins were so green. Don’t get me wrong, I love green. Green is one of the main colors of my wardrobe. I was just expecting some more yellow and blue and red. O well. That’s the roulette you play with malabrigo 🙂

to some of the details:

modifications: nothing really. I sticked to the pattern. I learned that knitting with 10 mm is a pain in the ass, as the stitches don’t automatically glide onto the needle. But 10 mm is also awesome as you knit up something really quickly. I mean this whole thing was only one week of knitting! holy cow. 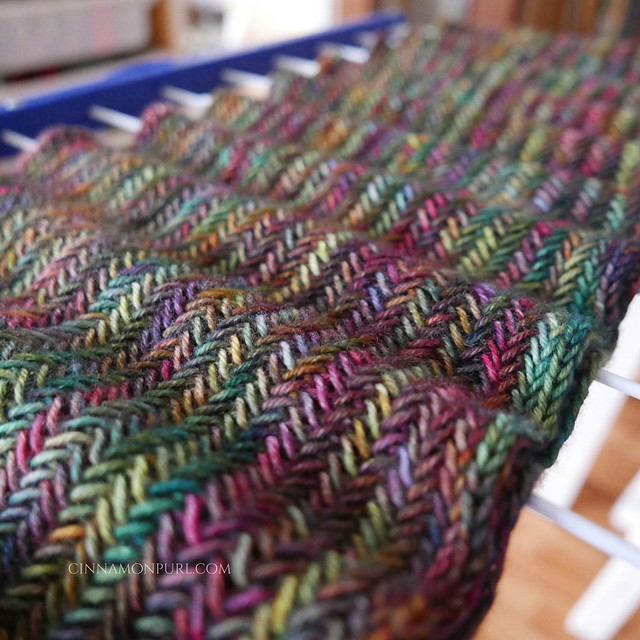 After wearing it a little I find it harder and harder to see the line that is created where you end/start a new round. Somehow the stitches here start to melt int each other. Which is cool. 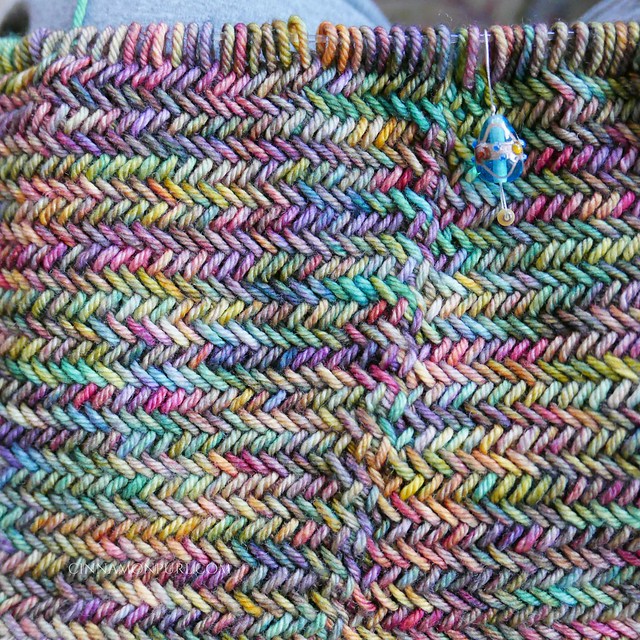 another thing I learned that to knit herringbone stitch you pick needles that are at least double the size you would choose to get a nice stockinette. This stitch pattern creates a very thick fabric and to have that still smooth and flowy you want to go up needle sizes. For example the Rios by malabrigo I usually knit with a 4.5 mm needle.