Usually I’m not a big fan of New Years resolutions and I would not like to say I have some this year, but there is a plan for my knitting. Maybe two or three weeks ago I felt like making another cardigan, a red one, I think I’ve mentioned the plan before. However just having finished my Herbert Niebling blanket (Eichenlaub) which took like 5.5 years from cast on to bind off I realised I enjoy that “finish object high” – don’t you do too?

So, instead of casting on new stuff I decided it’s about time to bust that UFOs that are hiding in boxes behind sofas.

I will definitely also make new stuff, in my instagram feed there is a designer who just shared a hat pattern, that I will make as soon as it is published but other than that I don’t see a reason why not to turn that UFOs into FOs.

So which projects are we talking about?

a yellow cardigan w/o a name: 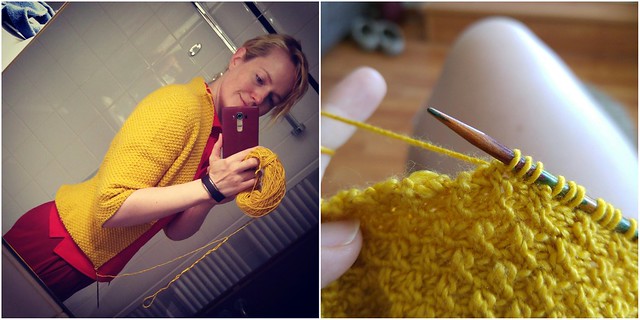 I’ve been talking of this before and I like to think that it’s also the little spark that started the dream of busting my UFOs.

started in April 2015 and technically speaking bound off in May 2016 I will undo the bindoff again to add some more width to the band. 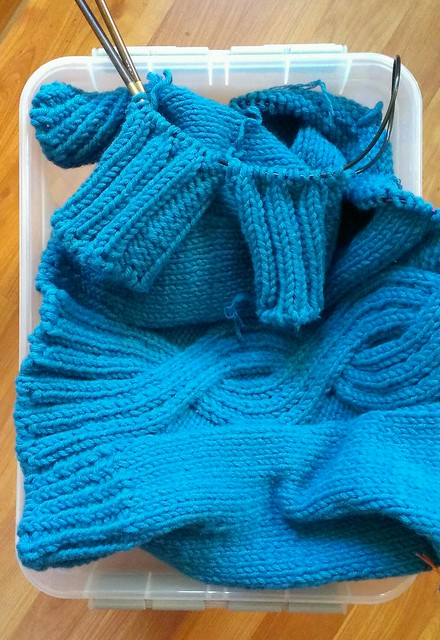 this cardigan is one of two living a the above mentioned box.

It’s been started in July 2010 and writing that down feels embarrassing. It’s about time to finish it. 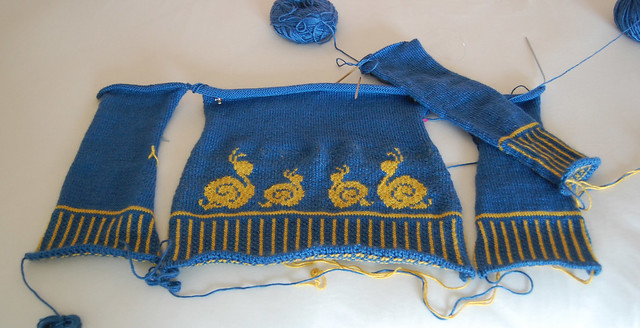 the other cardigan in that box and it was such a beloved project. Started in September 2009. I know exactly what happened. 1) moving to Berlin, with a new job and 2) being afraid of the raglan decreases 3) learning that the wool is very prone to felting (I’ve made a pullover from the same quality in a nice purple, and the 1st washing cycle made it smaller, at least I know now that this is a clear handwash)

Well now it’s time to get over that and put this beauty in my wardrobe! 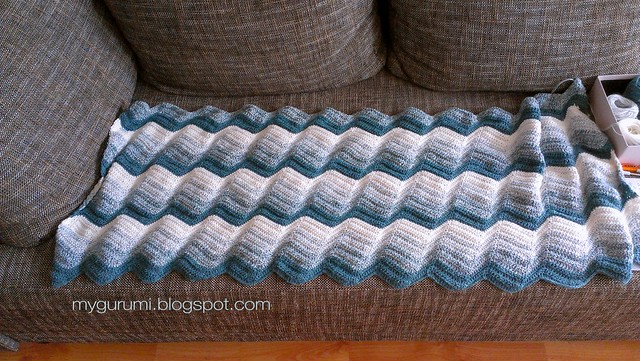 Started in January 2014 I was simply distracted with other projects. But this is now also the perfect opportunity to check the pattern I had written back than (I would also call out for some testers again!! so leave a message if you’re interested) and continue with the blanket. It will make a nice warm addition to my living room.

and something rather fresh 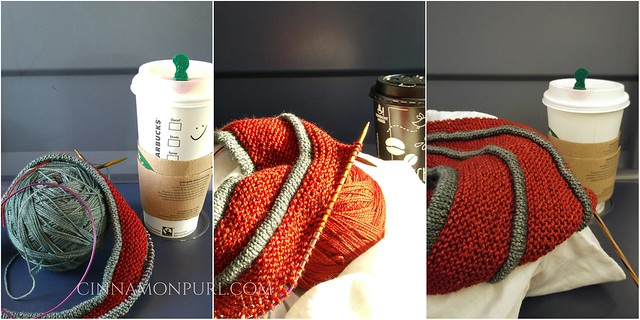 started in September 2016 and being a train-knitting-project since then I made pretty good progress so far, considering I’ve only been working on it when traveling. It’s a brilliant knit for on the train or plane, pattern is easy to memorise and knit back and forth, back and forth.

soo, I’ll keep you updated (also thank you to a lovely reader to remind me of my Snailigan :))

do you make resolution for the new year?